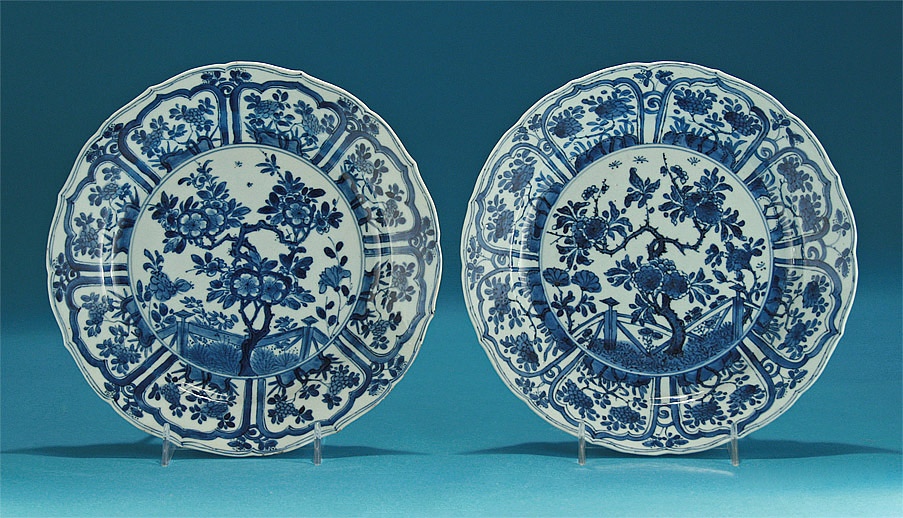 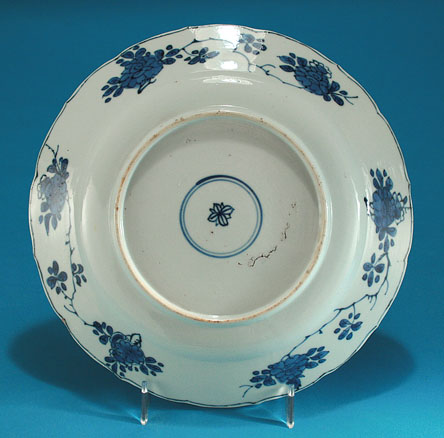 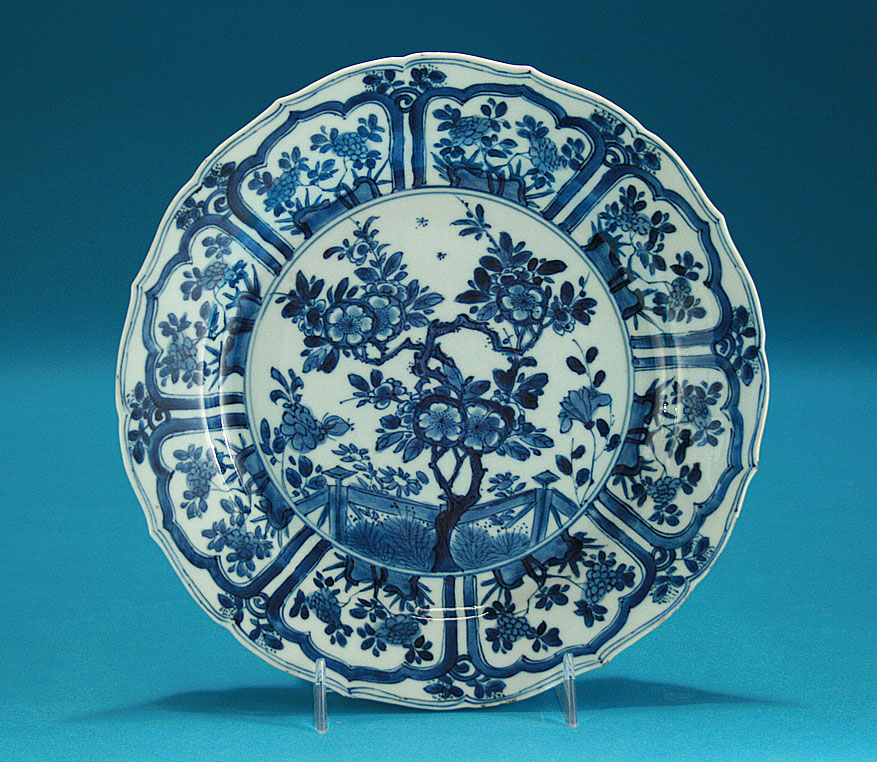 Translucency when lit by 500 Watt bulb

among other flora, before a fence within concentric circles surrounded by lotus petals painted with further

flowering prunus branches and grasses, the verso of each with the fantasy mark of a lotus flowerhead

within concentric circles and prunus sprays

Condition: Excellent; usual Kangxi tiny rim frits; one with a firing minor flaw to the center verso; one with a small nick verso

Please note that variations of painting are characteristic of this period.

In 1662, Emperor Kangxi of the new Manchu Qing (Ch'ing) Dynasty assumed the throne.  Despite the kilns being

destroyed twice by the outgoing Ming Dynasty, his rule produced from 1682 to 1722 the finest blue and white

ever produced, both technically and visually.  The ceramic became quite thin, with a glassy glaze, the blues even

more like sapphires beneath it.  Painting was free and precise at the same time.  To protect his wares from continued

Ming destruction, he introduced a marking we still see copied today - that of two concentric circles. These circles

as the lotus emerges clean from muddy roots.