A True Story of True Love 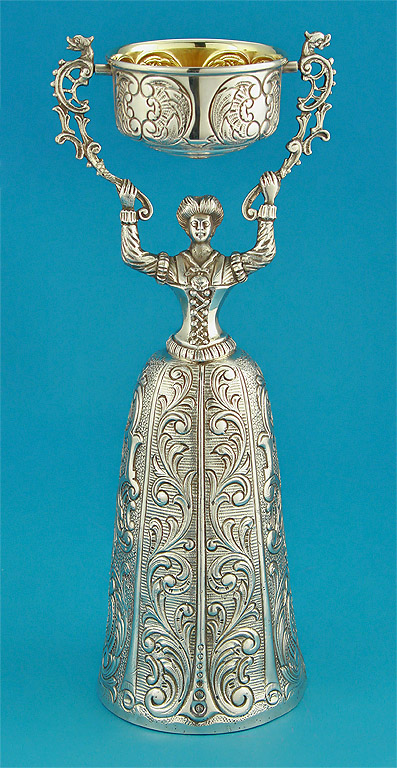 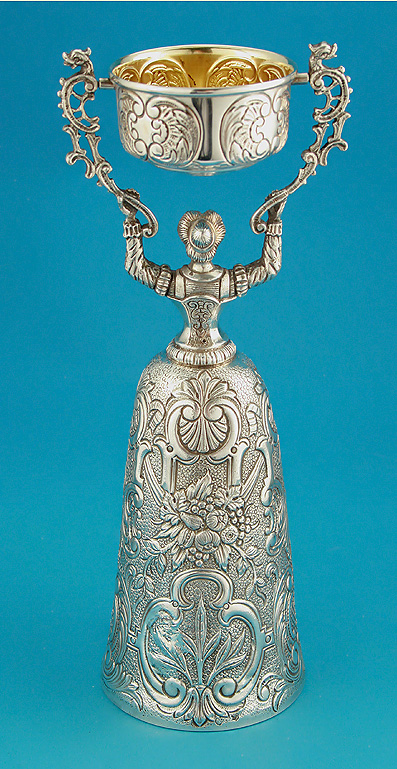 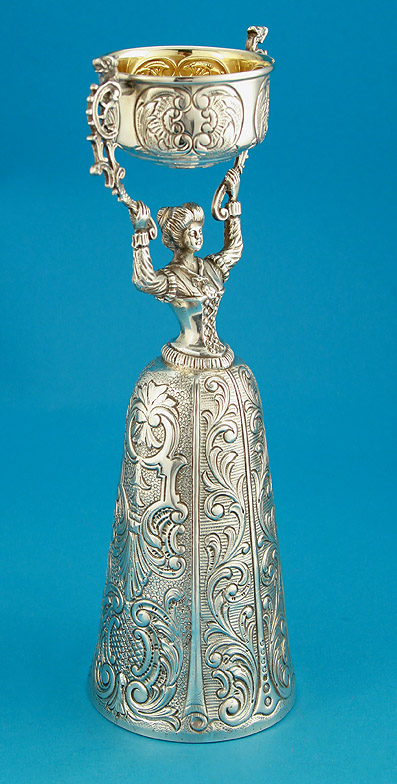 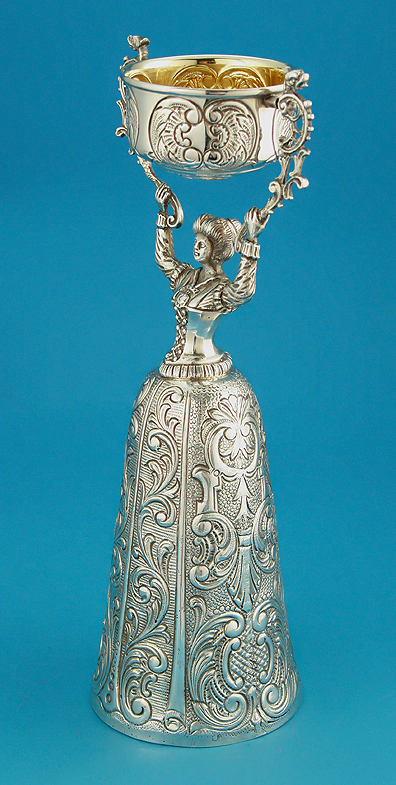 Of heavy gauge silver, the silver figural wedding cup, or wager cup, modeled as a standing lady with a long

bell-shaped skirt, chased with shell, fruit and foliate decoration on a linear- and roe-diapered ground,

The wedding, or wager, cup is based on a 17th century design traditionally used in marriages, where the bride

and groom drank from the two cups simultaneously - hopefully without spilling.  The is an exceptionally large

In Nuremburg in the late 1500’s, a nobleman forbade his daughter Kunigunde from marrying an ambitious

goldsmith, imprisoning him to keep them apart.  Seeing his daughter’s deep despair, he offered the young

goldsmith this seemingly impossible wager :  if he could make a chalice from which two could drink at the

same time without spilling a drop, he would be freed and the two could marry. With his love as inspiration,

he met the impossible challenge.  He designed and cast a silver cup, fashioned as a beautiful young lady

with a voluminous skirt which served as a large cup.  Her raised  arms held a second smaller swiveling cup,

so that the two cups could be drunk  from simultaneously.

He was freed.  They married.

And the Marriage – or Wager – Cup today

remains a symbol of love, faithfulness and good luck for those who drink from the cup.

Condition : Excellent with minor gilt fading to the interiors 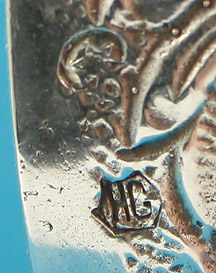 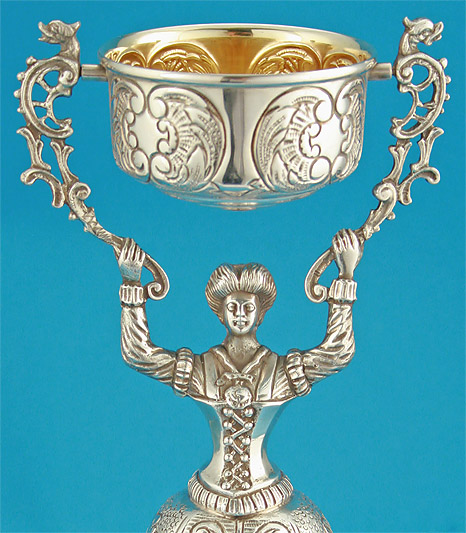 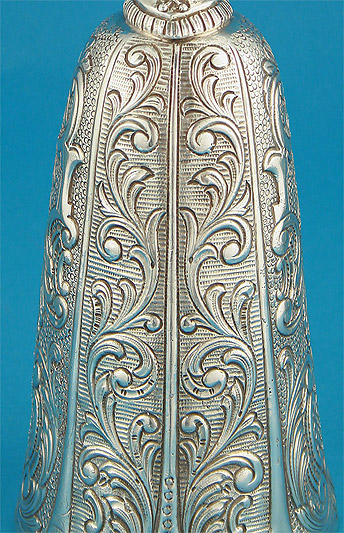